(Hey everyone, let's give a big round of applause to Rotny Vana for his first post!!) 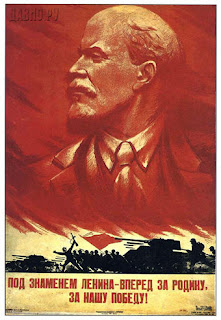 Hello everyone, I’m Rotny Petr Vana and I’m happy to be able to join to small but growing crew of contributors on Throck’s excellent blog. I thought I would take some time to properly introduce myself and give a bit of insight into my decision to join Flames of War.

While I’m a total Newb to FoW, I have been gaming for over a decade now. I started with Warhammer Fantasy from GW before I was able to even grasp the rules much to the dismay of the veterans, I’m sure, but hey, we all have to be Miggins [ed note: miggins = local slang for very young wargamers] sometime right?.

I used to summer in the Czech Republic, and when I arrived one year my friends had started this cool new hobby which involved painting fantasy miniatures. I was hooked immediately, and have since outlived them as the only remaining hobbyist from the group. But miniatures wargaming hit two chords for me simultaneously that has ensured a lifelong love.

First, I grew up watching my grandfathers (on both sides) paint model airplanes and trains. I was always fascinated in how they managed to put these kits together, then meticulously paint and decal them, displaying them proudly.

Second, as probably most kids, growing up on Tolkien and other fantasy. To make a long story short, it was not long before I became an avid modeler/gamer, and now regularly play Warhammer of any stripe, Warmachine/Hordes and above all War of the Ring. But you don’t want hear me ramble about my childhood memories, so let’s get on with it.

Why Flames of War?
Flames of War is a game I’ve been eyeing for some time. I’d see people playing on elaborate tables with fantastically painted armies, and thought “this is something I could get into.” I have always been into historical wargaming (whether that be Warhammer Ancients or WWII based games), but never took the plunge because I never had opponents. Finally, when my gaming group started investing, I knew it was only a matter of time. Growing up on stories from WWII (my grandparents lived in Czechoslovakia during the war, and have some amazing tales to tell), and having a long time fascination with Tanks in general, I knew this would be a good fit. A reasonable start up cost, a few friendly gamers willing to grease the wheels and a read through the rulebook, and there’s no looking back now.

Email ThisBlogThis!Share to TwitterShare to FacebookShare to Pinterest
Labels: Flames of War, The Newb Zone

Hey all Rotny and Throck here with an Operation Sealion battle report. This will be Rotny's first go at a "live" campaign game. So let's see how it pans out 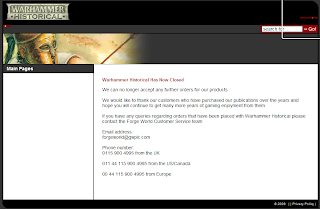 Throck: Hey everyone I'm here with Rotny Petr Vana, a soon to be contributor to the site.

Throck: Rotny here is about to play his first game of Flames of War. He's a huge Czech fan and so he's put together, well, why don't I let him tell you:

Rotny: So basically, I wanted to represent my boys the Czech's fighting on the Eastern Front in Late War. Seeing as how there is no official Czech breifing yet, I decided to run them as a Guards Tankovy Army from Red Bear since they were equipped and armed with Soviet gear. I've been eyeing the beautiful games of Flames of War happening in my FLGS and so was pretty pumped when some of our group decided to take the plunge. I picked up a box of Plastic Soldier T-34's to get my feet wet and more money than I'm willing to reveal later, here I am ready to fall in love from dice roll one. Wish me luck!

Throck: Awesome. Weclome Rotny, without any further ado let's do this thing. (after the break!)

So, maybe starting the blog three days before I leave on a week long trip to San Francisco wasn't the best idea ever. But, while I'm out here on the left coast, away from my minis, my gamers and my painting I thought I'd share with you some of my previous (mostly pre-FOW) painting. Always, when ever I post painted goodies, please feel free to give constructive criticism. So, without further ado, a picture show:

A finished storm strider from Cygnar. Stupid PP didn't give me the crew (grumble grumble)

Initial Thoughts on Throck of War

Alright, so now that I've got this thing up and running and a Bat Rep out of the way let me do a little bit more of an introduction.

Hi! I'm Throckmorton. I've been doing the miniature gaming thing for quite a long time, since 40k 2nd edition infact, which makes me old. Recently I've moved away from the Citadel/Games Workshop games and moved into what I like to think are greener pastures. Now, don't get me wrong, I'll still throw down some dice for 40K, Fantasy, BFG and War of the Rings but those systems have started to irk me more and more recently.

So I started to look around for something new to get my painting and gaming fix with. I landed, for some time on Warmahordes where I play Cygnar, Trollbloods and Mercenaries. And it's a good game, lots of interesting abilities and funky combos. But, when I started going to this new store I saw all these folks playing with WW2 miniatures. Now, I grew up on a healthy diet of WW2 movies, museums and books so, needless to say, my nerd-o-meter hit 12.

Flames of War was love at first dice roll. The scale felt right for WW2, the miniatures look great (I like the over large heads and mis sized gear, it gives the models the opportunity to pop on the table), and the rules are good. Sure they have their flaws like other games but all in all, there some of the best I've played with.

Three months later here I am with a full, and almost fully painted, Gepanzerte Panzer Grenadier army and enough extras to run either a Panzer or Scwhere panzer company from the Grey Wolf book. As the blog rolls on, if I can keep up with it, you'll see bat reps between me and my friends (and maybe some from Historicon and NOVA Open), painting, terrain building and other general thoughts on the game.

As I'm still a fan of the PP and GW games I'm sure they'll creep in on occasion as well so keep an eye for those.

Finally, if anyone has some helpful tips to get my first post fixed up, I'm an HTML newb and it would be much appreciated.

Hey all, this is my shiny new Flames of War blog. I'm new to the game (about three months in) and I and my friends decided to chronicle our journey through the hobby. I'm a long time hobbiest playing both Citadel and Privateer Press games. I imagine as time goes on some of that will leak in along with painting stuff and other thoughts. But for now, I give you our first Bat Rep. Between me, Throckmorton, and Brit loving rommie, CrazedLoon.

Welcome To Throck of War!

The Iron Curtain Will Rise